Introduction The Blade 120 SR RTF is a sub-micro size RC helicopter. The inherent stability of this coaxial helicopter is due, in part, of...

The Blade 120 SR RTF is a sub-micro size RC helicopter. The inherent stability of this coaxial helicopter is due, in part, of its special rotor head. Nothing would beat the Blade 120 SR RTF as a first-time helicopter although the relative complexity of maneuvering it would make it impossible to use by children below the age of eight years old.

The added size and mass of the Blade 120 SR RTF gives it a very stable flight especially outdoors. Actually, you would rather use this RC helicopter outdoors because you would need at least 100 square foot of space to maneuver it properly. There is a self-correction mechanism brought by the 45 degree flybar which users might need some time to get comfortable with. At high speeds, the rotor disc shows some dissymmetry but can be easily solved through mixing.
The SR 120 is powered by a single cell 500 mAh LiPo battery. This is enough to power up the helicopter to around seven minutes. An extra battery is needed if you want to spend more time flying the SR 120.

Controlling the SR 120 is pretty straightforward. Pulling the string lifts the helicopter and moving the same string in any direction will make the helicopter lean and accelerate towards that direction. This means you could easily hit an obstacle if you don’t know how to correct the helicopter’s tilt. If you’re a beginner, it would take days before learning to fly this RC helicopter. Pointing the helicopter’s nose away from you would be the easier part but it would still take time. Pointing it the other way doubles that time.

The 120 SR is heavier than most micro-size helicopters. This means that it is more likely to break if it crashes on a harder object. In terms of crash survivability, however, the Blade 120 SR RTF is better than most because of the location of its control board.
Enthusiasts can easily notice the similarities between the Blade 120 SR and the mSR. Both have tail booms made out of carbon fiber, a tough one-piece frame, crash resistant landing struts and a polycarbonate canopy. But while the mSR features a gray-painted window, the 120 SR has a transparent window. The 120 SR is also easier to see because of the predominant yellow color. Take note though that there is an option to buy a red 120 SR (canopy and tail fin).

For most, buying the 120 SR means buying their first “real” helicopter. Indeed, flying this RC helicopter is much more challenging than flying a coaxial type. Aggressiveness is needed when flying it as a quick throttle is required for the 120 SR to be stable in flight. Minor crashes are fairly common when taking the Blade 120 SR RTF to its first few flights. But after you master flying it, you would feel like you could fly any helicopter. 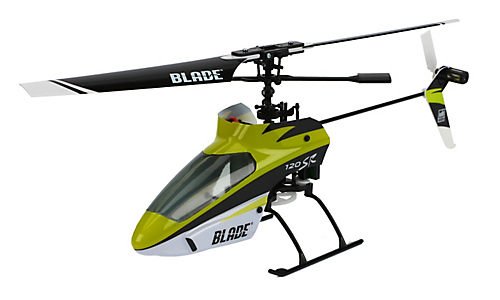 No comments so far.

A Buyer’s Guide to Finding the Perfect Fragrance

This website uses cookies to improve your experience while you navigate through the website. Out of these, the cookies that are categorized as necessary are stored on your browser as they are essential for the working of basic functionalities of the website. We also use third-party cookies that help us analyze and understand how you use this website. These cookies will be stored in your browser only with your consent. You also have the option to opt-out of these cookies. But opting out of some of these cookies may affect your browsing experience.
Necessary Always Enabled

Any cookies that may not be particularly necessary for the website to function and is used specifically to collect user personal data via analytics, ads, other embedded contents are termed as non-necessary cookies. It is mandatory to procure user consent prior to running these cookies on your website.